Seven and a half years have now passed since I left my island home of Fiji to settle in America.  I’m feeling desperate to see my family.  I needn’t reiterate the hefty price tag attached to this desire of mine.

A seed planted in my brain way back in my youthful Fiji days came to mind.  There was a friend of mine who had told me, “If you want to see the world, work on a ship!”  He worked on the SS Mariposa and if you can recall I did actually take his advice.  More to the current situation I previously stated the possibility of my working on a Merchant Marines ship going in that direction.

This would make the visit a reality and at the same time I’d earn money for the support of my children as my family is my first and foremost dedication.  I’m seeing it as a win, win! 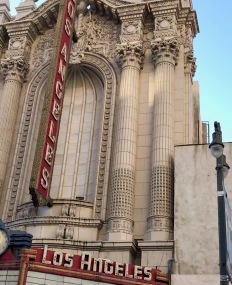 Susan and Lisa right next door made it extra comforting.  Then Diana wouldn’t feel lonely and she’d have help with the children; the family is there for one another.  So let’s pick up from there.

During this time, I asked around to people who may have worked or are currently working on passenger/cargo ships.

I was advised to take a trip up to San Francisco where the Seafarers’ Union was located.  They would help me land a job on a ship a lot easier than if I tried without the Union in the Los Angeles area.  That was the word at the docks.

Again Diana and I had a serious discussion to reiterate my determination and what all would be involved.  The plan was made to go up north and clearly I would be taking this trip on my own.  I would move around faster and get straight to the points, not to mention financially, it would be easier.

As fate chose to have its way, a couple of days prior to my leaving for San Francisco both of our sons somehow became very ill and with rising fevers.

We took them to the family doctor who after looking them over and in all his current wisdom made his diagnosis,  “… so keep them cool and be sure they take in as much clear fluids as possible.  Constantly check their temperature and if it doesn’t break bring them immediately to the emergency room!”  It was pneumonia and he wrote a prescription.

We returned home with the boys and their prescribed medication.  I prepared a large bowl with ice cubes and cold water, putting in some face towels.  We placed the cold towels on their foreheads and patted down their little bodies in hopes of relieving their fevers.

For whatever reasons, this wasn’t working; Diana and I didn’t hesitate for a moment in getting them to the emergency room at Saint John’s Hospital.

Straight away they took in both of the boys.  Amar our eldest, was placed into a bath of ice cold water in hopes of reducing the fever swiftly.  They had taken the younger Alok into a different room.

The emergency room staff’s efforts with Amar worked and soon after, his fever broke.  They would release him after a couple of observation hours.  Diana and I were to say the least, relieved in that good news.  In the same moments we were being informed of their efforts with Alok in that, they were not so successful.

Of course we knew it was absolutely necessary to keep Alok in the hospital overnight at the very least, he simply must win this battle with the unrelenting fever which reduced itself only ever so slightly.

We quickly talked it over and Diana took Amar home while I stayed in the room with Alok.  His tented bed was oxygenated and at the same time would keep out any nasty germs.  I promised my wife I’d call before bedtime and update her of his progress.

I was so completely distressed to see my little baby boy lying there, knowing that I was helpless to do anything more but pray.  In light of my traumatic heart ache a few years back, I admit, I was scared.

Noori came over that weekend as was now the normal for us and upon hearing the news about the letter, she jumped up in excitement with the biggest smile across her face and said, “Gary, after everyone has gone to bed in my house, I have been praying to Allah every night.”

Her face softened.  “I pray that He will help you and guide you.  And I ask Him to have mercy and free you from that evil family for good.”  Well that is what she said.

She was talking with a spirited high and continued in her sweet voice, “I realize now that I love you even more and I would do anything to make you happy and nurse you when you’re not healthy.  I am with you always, my dearest Gary.”

We spent as much time together as possible.  She was still in school and I would be at work, but to be sure we’d manage to see one another at some point during the week.  Weekends and holidays we definitely were able to spend more time together.

I will tell you the truth about this young lady (haven’t I already?).  I was falling deeper in love with Noori every day.  We knew we couldn’t marry right away as besides the obvious, the religious differences wouldn’t permit; she was too young (even though she was 18) to fight her parents and brothers about it.

The Hemma war was on its way out and the culture-clash war was immediately at hand.  Noori’s family was well known around Suva and her brothers on their motorcycles riding all over town, we’d be too easily spotted.  Our love had to stay inside my family home …still.

On the date of the court hearing, I met up 1st with my legal counsel in the courthouse and he reminded me the judge may not grant me what I want.  My case was heard by a bearded Australian judge not that it matters, it’s just what I remember about him.  Hemma’s legal representation was present, she was not.

Here we go!  My lawyer presented my case, main arguments being that I wanted a divorce because of her parents’ influence.  “Your honor, my client cannot live a normal married life with his wife due to constant interference from her parents.  There has been no privacy in their relationship and this has become a constant hurdle.”

My counsel continued, “My client was away it’s true.  Mr. and Mrs. Masala had a mutual agreement between the themselves about trip.  He was out seeking to make a fresh start for the two of them in London, free from distractions.”

And finally my lawyer said, “My client returns from overseas to find a man in his dining room, the handyman to be exact.  Mrs. Masala was unable to explain his presence.”

The oppositions turn to respond.  Hemma’s counsel claims these are false statements.  He’s doing his best of course to make it look as though I just abandoned my wife to go galavanting around the world.

So now I am called upon to tell my side of the story.  Her lawyer naturally protested again, and said his client claims her husband is always going away leaving her alone, so she’s taken up with her family.

Looks like she’s forgotten the part where we lost our son and she didn’t stay with me for a moment … and yet I still tried to work things out with her.

The judge called the lawyers to approach the bench and they briefly spoke.  Then the judge took a pause without leaving the room to look over the files and think over the verbal statements before making a decision.

At last he looks up from his seat at the grand desk and returning his attention to us says:  “Mr. Masala, I will not grant you a divorce at this time.  Also I cannot grant you a legal separation either.”  I’m listening to this feeling a bit bowled over.

He explains, “I give you a year to see if there can be a reconciliation between the two of you.  And yes, you cannot leave Fiji.  You must stay away from each other [rather contradictory] as in, no harassment!

“And one more thing Mr. Masala, in the meantime you will be paying Mrs. Masala her maintenance; half your monthly salary, every month.”

The judge then closed the case.  Well then.

My lawyer said he was sorry the separation couldn’t be made legal and we had to discuss the maintenance expense.  I explained to my lawyer that half of my salary always went into the family’s expenses; I gave it my brother to help pay for everything as he was the sole provider.

So he told me that, of the remaining half Hemma will get ½ of that.  That was the way it would to be and I would be paying it through his office.

I went into work for the remainder of the day.  By the time evening rolled around I was ready to go home and lie down.  I was feeling a bit done for but real glad the ball was now rolling in the right direction.