Day to day life is running normally, anyway as normal as one’s idea is of that.  My children are growing into their own sense of self and Diana and I are getting to know one another on yet another different level.

Somewhere in the telling of this year 1965, a cousin of mine came over from Fiji, their ship stopping in Los Angeles en route to Great Britain.  She brought her son with her as they were moving to London.  The ship arrived at eight in the morning and would leave at five in the evening sharp.  The very same as in Fiji; remember reading about that?

I went to the docks at San Pedro and picked them up and brought them home to meet my family.  Of course I made them a nice Indian lunch too.  It was a wonderful visit and getting news of the family directly from a close member made it all the more special.  Diana really enjoyed meeting someone from my side.  In the late afternoon we took them back to their ship.

Not too long after seeing my cousin my eldest niece (my brother’s daughter) who was also traveling to London to marry and start her life, stopped here in California and we did the very same with her.

More current news of home, a loving embrace from a dear one and another one to meet my family; my nieces and nephews were just like little siblings and the smaller ones, like kids to me.

And now to a deeper degree I’m realizing the depth of my longing for the bond of my family back home, especially after those visits.  I began contemplating how I would get back to Fiji for a long overdue visit; how could I do this?

To undertake this journey would involve a good chunk of change and that would be a bit harder to come by now that I’m raising a family.  Then I remembered how my working on the ships got me around well, why not do it that way?

I shared this thought with Diana and she agreed, it was a smashing idea.  Ah but how would I do it from here in America … probably not the same as when I applied in Fiji.  Diana showed her enthusiasm by reaching out on my behalf for information.

She found out it would be necessary to first contact the US NAVY for clearance followed by applying for a union card.  And the union end of things would have to happen up in the San Francisco Bay Area.  Subsequently I’d have to find a ship which would hire me and take me sailing … or some such water adventure!

One day we left our kids with Susan (who was visiting us every weekend anyway) and the two of us drove south to the Naval station in Long Beach.  It would be the Merchant Marines with whom I’d be making application.

In the process I was given paperwork, information and instructions and I was directed to return as soon as possible with a photograph to be used on the US Navy clearance identification card, should I be accepted.

At home we discussed this option further; what all would it entail and make solid the decision once and for all if it really was a step I should take.

In agreement on the subject we returned to Long Beach with forms filled out and a bit of underlying excitement to go with.  We waited patiently in the reception area.  They called me up.  I was informed I’d receive my security clearance to board any US ship and was handed my United States Naval clearance ID card.

Wow! with a little extra adrenaline pumping and feeling pretty special, we left there happy and hungry.  We decided to stop for lunch before returning to Santa Monica and our kids. 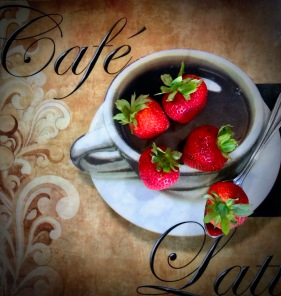 With that part out of the way, I relaxed and returned to the daily normal routine, that being still going to work at the Santa Ynez Inn up PCH and playing daddy, husband and son-in-law.

A few weeks later we found out our neighbors would be moving out.  An opportune vacancy at the Euclid apartments and right next door in fact at that, the only other apartment.

It was a spacious 1 bedroom unit.  Diana and I both thought right away to tell Susan about it.  My wife’s little sister Lisa had been wanting to move out to California (she had been recently divorced and was now doing the single mom thing) and so in this convenient and happy news, her mother absolutely wanted it!

I discussed this possibility with the landlady and after a brief moment of thought, she said it was actually a very wonderful idea; she liked the thought of family close and being there for one another.  Delighted we all were.  The landlady told us she’d need 3-4 weeks to prep it after the current tenants moved out.

Everything was quiet on the ship subject but to be sure I was waiting to hear about one going to Fiji especially now that I had the sense of security that would come with Susan living next door.

As you’ve probably figured out by now, I would be taking this journey to Fiji alone.  For this being the only feasible way to get there, the rest of the family couldn’t go.  Diana really seemed to be quite all right with it all.  She knew how much I missed my family, especially my mother.

And so the days went by as they tend to do; we made sure to take the kids to the park and beach and much as possible and usually followed by ice cream.  If I was at work, the ladies still took the four children to the park.  You know we were all just busy enjoying the lovely southern California weather in between the days of our lives.

The living arrangement with Susan and Lisa next-door worked real well, an added sense of security if you like, especially on those late nights at work that kept me over night at the Inn.  You may recall reading in a previous post that I had access there to a room at the graciousness of the owners.

Our youngest was not yet one year when he started holding on to things and toddling about.  The other two children were coming into their individual personalities.

And guess what?  It was time for us to move once again.  So from 4th Street we moved to Euclid Street, right between Broadway and Colorado.

Also I would change my job.  Briefly to explain, a new manager hired from outside our current staff came into the Banquet Room changing things entirely and re-staffing with people he brought in.  I wasn’t exactly excited about the changes and so I went from the Hotel Miramar to the Santa Ynez Inn.

This new work location was a bit further away from home.  It was up Pacific Coast Highway (PCH) a bit, on Sunset Boulevard just below the SRF Lake Shrine Temple which by the way was and still is, a very beautiful and peaceful spot for contemplation, slowing down and catching one’s breath –if you’re into that sort of thing.

I’m thinking Diana and I should’ve spent more time there.  Many movie stars frequented the Lake Shrine, getting away from the hectic flow of their daily lives and writers too.

Anyhow I got along so well with everyone at the Santa Ynez Inn; they really liked me, it was plain to see.  A Jewish family -the owners- were very kind and generous and occasionally allowed me to occupy one of the rooms when the working night had become too late.  I’d of course call Diana and let her know.

At the end of our shifts we were all given a meal if we wanted it.  For me I was allowed anything from the bar if it was the overnight stay.  I gratefully would enjoy only one ice cold beer with my dinner.

You know if it wasn’t a full moon, the drive was dark down the lonely coast and after such a busy shift, this journey just felt that much longer than it did going to work.

Breakfast came along with the offer; I was encouraged to ask for anything.  Although it wasn’t often, I quickly got used to a thick, juicy steak!

Another thing they trusted to me was playing chauffeur to some of their special weekend guests.  They provided me the additional opportunity to earn even more, that was real nice.  Yes I wore a cap and the uniform.

One day Diana and I were discussing getting Alok baptized.  She said it would be nice to find godparents for him if we could.  My first two children (with Diana) were already baptized but they didn’t get godparents in the deal.

When I went to work I mentioned in casual conversation to my manager George, that my wife and I had been discussing Alok’s baptism.  I said we had no idea how or who to appoint this important position to.

He and I had easily become pretty good friends.  George listened keenly and then much to my surprise, he offered to take the position, saying, “…well, I’d be extremely honored to be your son’s godfather.”

Since I was with Diana I had become accustomed to more Catholic ideals though I remained true to my Hindu religion in my heart.  Being entirely honest with you my followers, since I’d been away from home in Fiji for so long and away from my family, I wasn’t as devout in my worship.

I didn’t forget my roots to be sure.  And being a part of my wife’s explorations of life made my Diana happy: well why not get educated in as many things as possible?

I told Diana of George’s offer and she was pleased with this news.  She thought it was a real wonderful thing he did to volunteer and she happily agreed.

We baptized Alok shortly after George’s acceptance in the local Catholic church which we’d begun attending.  George had come with his wife and daughter and it was clear, they took this very seriously.  It was all very touching for Diana and myself and Alok was now blessed with a caring godfather.

The five of us frequented the beach whenever possible, no surprise, a love of ocean.  I remember there were hotdog trucks (and the like being beach finger foods) and we both enjoyed the fun of that.

We shared these treats with our kids as part of the whole experience.  My eldest boy ate his with no fuss and enjoyed drinking from his carton of milk.  The baby was neutral with baby snacks, a bottle and maybe a bite or two here and there. 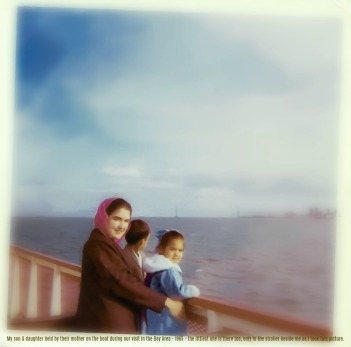 Then there is our daughter.  She’s a finicky one (still is).  If there was something she didn’t like she’d watch and wait.  Then she’d hide it somewhere. We didn’t realize this at first; I was amazed to see she’d eaten her hotdog and was smiling while sipping her milk.

I’d say to Diana, ‘Look she’s finished it completely!’  We were both pleased, knowing how she could be. When it was time to move on, we’d gather up everything of course and then, discover the unconsumed hotdog she had hidden.

We were five; my family I made here in America, with the help of Diana of course, felt real good.