This life went along as usual and certainly not aware of the extreme changes that lie ahead.  I went to work all week, had one ice cold 🍺 Guinness two or three times a week after work, caught the bus home and that was the day.  Evenings were for home with my family, amazing cooking and playing with my nieces and nephew usually.

Most weekends Noori came down from her home to spend time at my house.  We still had to conceal our relationship outside my home.  But for all that my family was most comfortable with her presence, not only for the light she brought into the house and the smile to my face but also in her nature that made her absolutely wonderful.

Noori did more for me than my soon-to-be ex-wife ever did.  That relationship was not of my choosing and be that as it may, we were much too young, not really knowing what to do in a world that was changing rapidly.

With hindsight I can truly say, I really don’t blame Hemma or for that matter, myself.  Our marriage was just a bad mix of ingredients.

This adventure now with Noori was whole heartedly of our own choosing.  Such a dear, precious heart with the patience of a saint!  And we certainly were enjoying our time.

Whenever Noori was at our house, we felt almost like a married couple; she jumped right in to do the things a wife (at least of that time) did for her husband.  ☕️ She made tea for me! 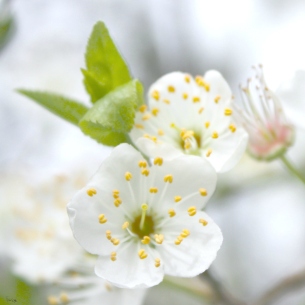 She cleaned up my room as in making my bed and straightening out and she insisted on washing my clothes even though I used to take them out to be laundered, she really wanted to do this for me.

To be helpful for my mother and sister-in-law, she saw whatever else needing doing in the house and just did it, and always with cheerful disposition and a smile.  It’s as though doing these things somehow comforted her.

We would have our lunch together.  Noori and I were able to entertain one another quite well, including lots of heart to heart talking and planning for the days when we would live our lives together, free and out in the open.

She still had to be at her own home in the evenings as to not provoke suspicion of any kind.  Up to this time no one knew I was her Gary.  I mean in my house everyone knew because that’s the only way she addressed me.

At her home though the family heard her occasionally speak of someone named Gary, never suspecting that he was a Hindu man, much less me but I’m pretty sure her little sister knew.  And her sister-in-law who was actually Hindu knew as well.

Noori and I even sang to one another.  🎶 Ah come on, you knew we both loved to sing!

Sounds a little like a Bollywood film, doesn’t it?  Well, I don’t know about that, what with the singing and all, we won’t even discuss the dancing!

I’m not saying arranged marriages never work, I’m only saying what I felt was right or in this case, not right for me.  Goodness knows I gave in, let Sonia go and tried to make Hemma and me work.

Sister-in-law – yeah isn’t it interesting that the men in the family could marry a Hindu woman; the ‘no & no’ rule applying only to the daughter.  She could marry a caucasian man (the younger sister eventually did just that) but no marrying a Hindu man.

This site uses Akismet to reduce spam. Learn how your comment data is processed.

A Taste In May